Do anything within reason without thinking of your own interests and teach people with actions rather than words.
-Lao Tzu

Within the context of Lao Tzu’s general philosophies, this advice is paramount. There are two vital parts to this saying, both referring to very different aspects of life and can be applied to most of our daily, family and professional lives. 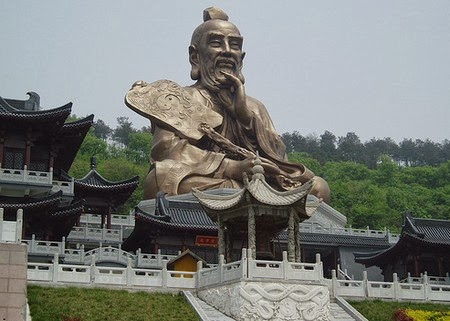 The selflessness of the concept of not thinking of yourself or your own interests in your actions is unusual to
say the least. What I take from Lao Tzu’s advice is not absolute obliviousness to yourself, but to be modest in your actions, but mostly to look at the greater good of society, your country or humanity as a whole. The idea that we are all connected and that nature will guide us, without setting specific personal targets, but to run with whatever the world brings. If everybody was to follow this notion, that you should do everything within reason without thinking of your own interests then we would all progress in a selfless society, which is unlikely.

It is my opinion that modern society has left us in a situation where we need to look after ourselves first, as selfishness is often far more rewarded in business and society than selflessness. This is due to deadlines, promotions based on domination and bullying of peers as long as the job gets done. As long as rules as adhered to, loosely, companies are happy to allow bullying to fester, making selfishness the norm. People are unable to work together without suspicion and fear of their co-workers, fostering an environment where domination of others is key to personal success.

Behaving in the same manner as Lao Tzu would take a drastic change in behaviour in the modern world. This social change would mean many things, and this is where the second part of Lao Tzu’s philosophy comes into place. Teaching people with actions rather than words means many things to many people. It can mean that actions, as in physical actions, such as movements of patterns, should be taught physically rather than verbally. But this refers to actions in a larger sense, that is, how we conduct ourselves, our motives and the way we treat others. There are many organisations who require their employees to behave in a manner in which they themselves do not behave. This can be said of governments also. Punctuality, pay scales and rules are all in question here. Those on top always place their weight on top of their subordinates in western society.

We have problems with depression, anxiety and stress in Western culture and society, and these problems are created greatly by selfishness. A mentality that puts the individual before the masses is greatly at fault for this. This can be avoided by everybody making an honest attempt to make the lives of others easier. Progress as a unit in place of individual progress would help society greatly. Punishment and discouraging individualism would increase progress and happiness as a whole.

Posted by Torquetkd at 14:47 No comments: